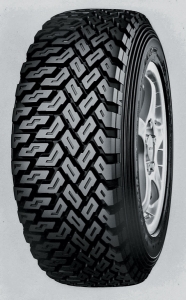 Yokohama becomes official tyre partner to the 20th edition of Raid de Himalaya. Globally, Yokohama has become synonymous to motor sports, in India it would be first major association with motor sports event. Through this partnership Yokohama would offer Advan rally tyres at subsidized prices of the participants of the event. Yokohama would also extend technical expertise to evaluate health of the tyres being used at the participant’s vehicles. The company’s support for motor sports in India contributes to the growth, development and revitalization of the motorsports, greater recognition of the YOKOHAMA brand and the automobile industry as a whole.

The Raid de Himalaya is the world’s highest and one of the toughest rally. Started with the aim of conducting motorsport events in the Himalayan regions of Himachal Pradesh, Jammu and Kashmir and Uttarakhand. Over the years, since 1999, the event has gathered traction and today observes participants from foreign countries as well. This year, the 20th edition of the Raid de Himalaya will take place from October 6 to 14.

Advan is Yokohama’s flagship product line-up meant for supercars, is also used in motor sport activities. Yokohama India will offer ADVAN motorsport tyre A035, which is most appropriate for treacherous terrain such as in Raid De Himalaya. 185/65R15 & 205/65R15 shall be up for grabs at subsidized prices at first come first serve basis.

“It’s been a pleasure to be associated with one of the toughest rallies where rally driver’s skills are mapped on the highest and toughest terrain. Our Advan tyres are perfectly suitable to handle such high performance driving in an extreme weather and terrain conditions” said Mr. Sanjay Chatterjee Head Sales & Marketing. “Tyres is the only part of the vehicle that touches the ground, one should carefully choose what they ride on” he added.

The Yokohama Rubber Co., Ltd. has already crossed a milestone figure of completing globally 100 years. Yokohama tyres are now available in the Five Continents, 149 countries and regions. Globally is synonymous to motor sports, sole supplier to the FIA operated WTCC (WTRC from 2018)

Yokohama India Pvt Ltd. is 100% subsidiary of the Yokohama Rubber Co., Ltd. decided to foray into Indian market in 2007 and now running in its 11th year of successful operations. India being one of the fastest growing automobile markets made Yokohama India to start its 1st manufacturing plant in November 2014 and achieved the milestone figure of 1 millionth tyre production in year 2016.

You can find out more about which cookies we are using or switch them off in settings.

This website uses cookies so that we can provide you with the best user experience possible. Cookie information is stored in your browser and performs functions such as recognising you when you return to our website and helping our team to understand which sections of the website you find most interesting and useful.

Strictly Necessary Cookie should be enabled at all times so that we can save your preferences for cookie settings.

If you disable this cookie, we will not be able to save your preferences. This means that every time you visit this website you will need to enable or disable cookies again.